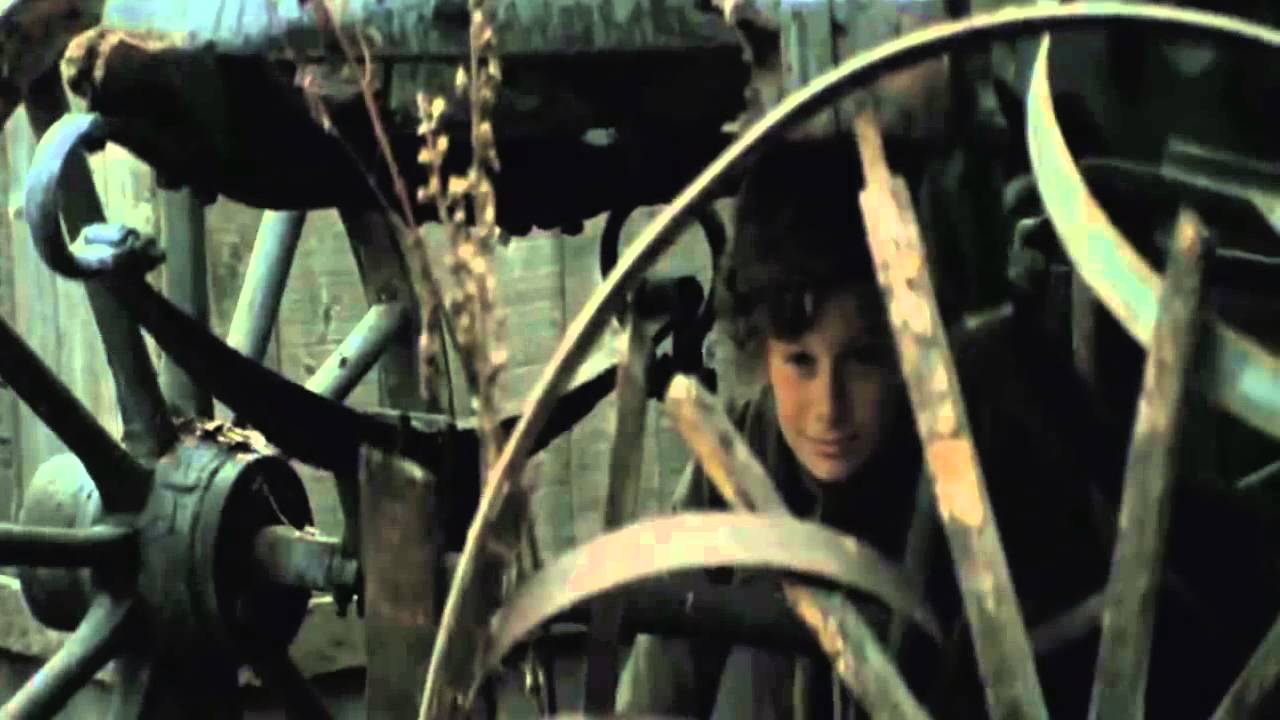 “‘Sara’ was pretty much about Mick. So, he was the ‘great dark wing’. And, ah, it was about everything that was going on at that particular time, too, but he was the, the reason for the, you know, the beginning of it.”Stevie Nicks (676)

“There are many men in Sara. Mick is involved in Sara because he’s a dear, deep friend of mine. There’s another songwriter that’s involved in it. There was maybe three or four men, and then there’s my friend Sara. There’s so much in Sara and it is the poet in my heart.”Stevie Nicks (677)

“[On what the line ‘drowning in the sea of love/where everyone would love to drown’ is about – Ed] Self indulgence. Don’t we all love to be miserable and lay face down on our bed, and go ‘I’m so miserable, don’t talk to me, I want to hurt! Don’t bring me tea, don’t even talk to me, let me die in my own…’ we all do that. We love to do that. It’s when I write my best songs. I love to be miserable, I love to walk around in the throes of a passionate miserability -I made that word up years ago. I don’t like to suffer, and I hate pain, but I do love to suffer in the point where I get to my typewriter and write down all my wonderful and marvelous philosophy for why I’m suffering. I love that part of it.”Stevie Nicks (677)

“If I ever have a little girl I will name her Sara. It’s a very special name to me. I love singing it on stage. It’s the absolute delight of my night. There’s so much in Sara. And it is, the poet in my heart, for sure.”Stevie Nicks (677)

“I remember the night I wrote it. I sat up with a very good friend of mine whose name is Sara, who was married to Mick Fleetwood, Sara Fleetwood. She likes to think it’s completely about her, but it’s really not completely about her. It’s about me, about her, about Mick, about Fleetwood Mac. Its about all of us at that point. There’s little bits about each one of us in that song and when it had all the other verses it really covered a vast bunch of people. Sara was the kind of song you could fall in love with, because I fell in love with it…”Stevie Nicks (678)

“[On whether the line in the song Sara, ‘When you build your house, Then call me home’ is about Don Henley, whom she was dating at the time – Ed] That is true. He did [build the house – Ed]. And I was in it before he finished it.”Stevie Nicks (679)

“Had I married Don and had that baby, and had she been a girl, I would have named her Sara. [Stevie was dating Don Henley, became pregnant and had an abortion – Ed]. But there was another woman in my life named Sara, who shortly after that became Mick’s wife, Sara Fleetwood.”Stevie Nicks (680)

“In my opinion, the greatest musical time in the entire world was between 1965 and 1970 here in San Francisco. This band that I joined was so good that within two or three months we were opening for Janis Joplin. We were watching Jimi Hendrix go crazy onstage. Quicksilver Messenger, Leon Russell, Santana in Monterey and we had lunch with them the next day. Our life was so amazing and electrifying every single day. So this next song, which was written ten years after that, was my memories of this time here in my city, your city. ‘So I’m back to the velvet underground’ – San Francisco. ‘Back to the floor that I loved’ – Lindsey’s and my bed. ‘To a room with some lace and paper flowers’ – our little house in Los Gatos. Back to the gypsies that he and I were.”Stevie Nicks (956) 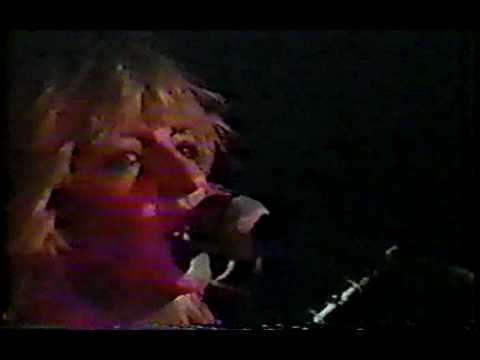 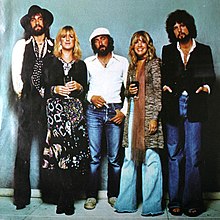 “We had played for four months and I thought I was going to die. I really did think that I might die. I mean, I am strong, but this is in the beginning. I have learned now how to do it, but at that point I had not learned. And I walked up in front of a mirror, and I looked at myself, and I was sick. I went, “Oh, poor, sad little thing. She must be dying.” And I stood back and said, “But this is you. So then, therefore, *you* must be dying.” And then I stood back and said, “But you don’t want to die, and neither do I. So we must change this now.” And that’s where I said, “And so be my sister, don’t let me down this time. Because I’m not going out on some cloud without you. And you look like you’re on your way out now. And I’m not going with you. So… we better separate this and put it back together… and realize that this is not such a frail creature, and that this frail creature is certainly not going to go down for Fleetwood Mac, or anybody else.” So, ‘Intense silence/As she walked in the room’ was me looking at myself. And ‘She was dark at the top of the stairs/And she called to me’ is me saying, “Don’t do this to me,” or ‘The people, they love her/And still they are the most cruel’ that’s after the gigs, where there’s a million people, and you’re being pulled every way, and you’re going, “but does anyone… know *my* name?” And they like to wrap her in velvet, like some kind of weird… corpse? Not me. Do it to your other rock and roll stars, baby, but I’m not doing that. I love life too much.”Stevie Nicks (677)

This Is For You Daddy Fleetwood Mac Lyrics

“[On whether ‘Angel’ is an example of her love for Fleetwood Mac – Ed]. Oh yeah. ‘I still look up’ [a line in the song – Ed]. That goes out on stage now. The ‘I knew you would.’ It’s like, we *all* knew we would. Nobody questions that. That’s that knowledge. Somebody wrote me a letter that I read tonight that said, and that special knowledge that I wrote about in ‘Crystal,’ says ‘special knowledge holds truth, bears believing’– that *is* that special knowledge that we *all* know that we would, at any point, down the line, give up everything else for this band. ‘Cause we’ve done it, time and time again. And it’s not a bummer, it’s not a forsaken love. It’s not a sacrifice. It’s the only thing that I want. I will not give that up.”Stevie Nicks (677)

“‘Dreams’ was hopeful, it saw the breakup coming but it was hopeful that we would be OK. Unlike ‘Go Your Own Way’ which was not hopeful that we would be OK. ‘Gold Dust Woman’ was a little bit about drugs, it was about keeping going, it was about cocaine and, after all these years, since I haven’t done cocaine since 1986, I can talk about it now. But at that point, I don’t think I’ve ever been as tired in my whole life as I was when we were doing that [making the album with the multiple breakups, life on the road with Fleetwood Mac – Ed]. So ‘Gold Dust Woman’ was really my symbolic look at somebody going through a bad relationship and doing a lot of drugs and just trying to make it, trying to live, trying to get through it to the next thing.”Stevie Nicks (1136)

This Is For You Daddy Fleetwood Mac 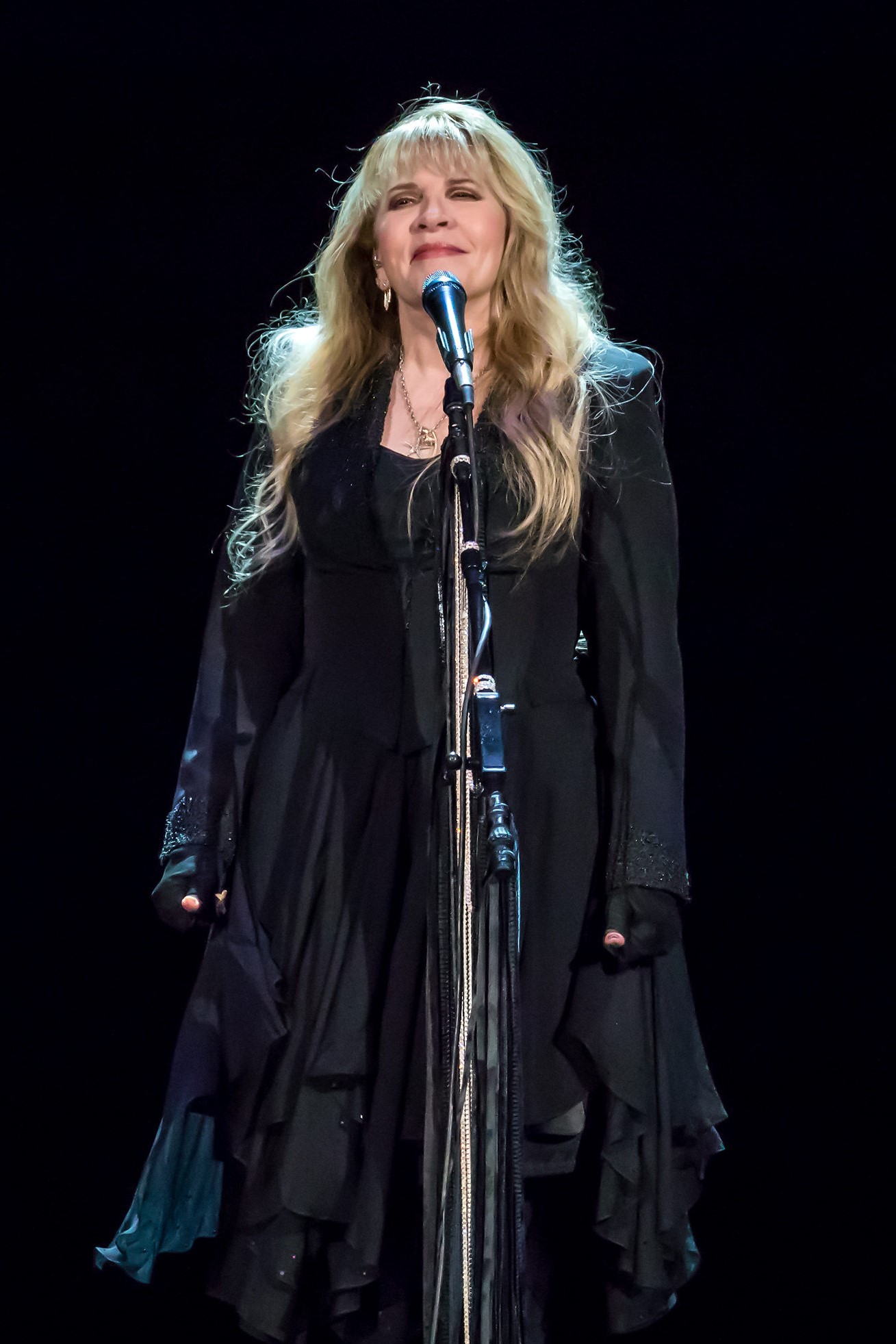 “I think it was about nobody and everybody in retrospect. It seemed to be more like a little anthem than anything else. It was for everybody and it was like a little prayer almost.”Christine McVie (1136)

“I believe it is about me ‘Oh Daddy’. I was the only father in the band at that point [Christine separately refers to Mick as Daddy during the program – Ed].”Mick Fleetwood (1136)