Until macOS Yosemite, if you wanted to rename multiple files on a Mac simultaneously, you either had to create an Automator action or use a third-party app. Now, however, you can do it from right within the Finder.

There are a number of different options for renaming files, so before we show you how to do it, let’s take a closer look at those.

This is the simplest way to rename files. You search for text in the existing name and replace it with the text you specify. It’s perfect for situations where you have files with names that all have the same text string, say a name or a month, and you need to change that, maybe because it’s misspelled.

This is exactly as it sounds, you leave the existing name intact but add text before or after it.

As its name suggests, this one allows renaming the files based on a format you specify. Then you add the text to be used in the name and the files are changed to include that text and one of the following three parameters:

Once you’ve chosen the text you want to use in the name and the parameter you want to include, you can specify which goes first.

Download Renamer, a handy utility that renames and organizes multiple files on your Mac. Lightning-fast. 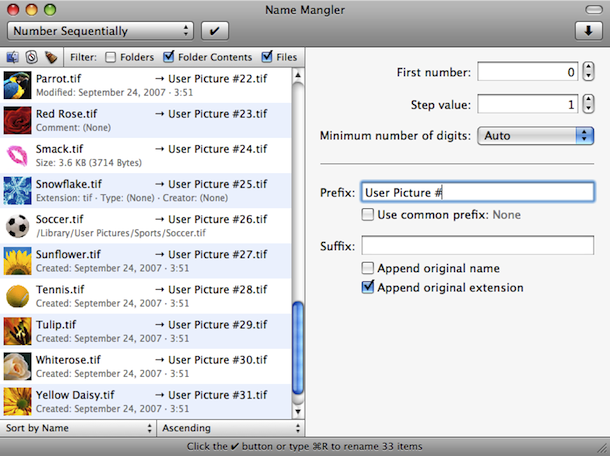 How to batch rename files on Mac

1. Open a new Finder window, navigate to the first file you want to rename, and select it.

2. If the other files you want to rename are next to it in the Finder window, press Shift and click on them. If they are not all next to each other, use Command instead of Shift.

3. With all the files to be renamed selected, do one of the following:

4. From the menu at the top of the window that drops down, choose Replace Text, Add Text, or Format.

5. Fill in the boxes in the next window and choose the options you need from the menus.

How To Rename Mac

All the files you selected will be renamed according to the scheme you created when you made the selections in steps 4 and 5. If they don’t change in the way you expected, or you change your mind, press Command-Z to undo the process and give the files back their previous names.

If you prefer to point and click instead of using keyboard shortcuts, choose Edit from the Finder’s menu bar and select Undo Rename.

If you need a combination of batch renaming and file organization, there’s a dedicated tool for that — Renamer. Apart from giving your files the new names, Renamer allows you to view live previews of the renamed files, organize songs by album/artist/title, cleverly number files, and even edit file extensions. 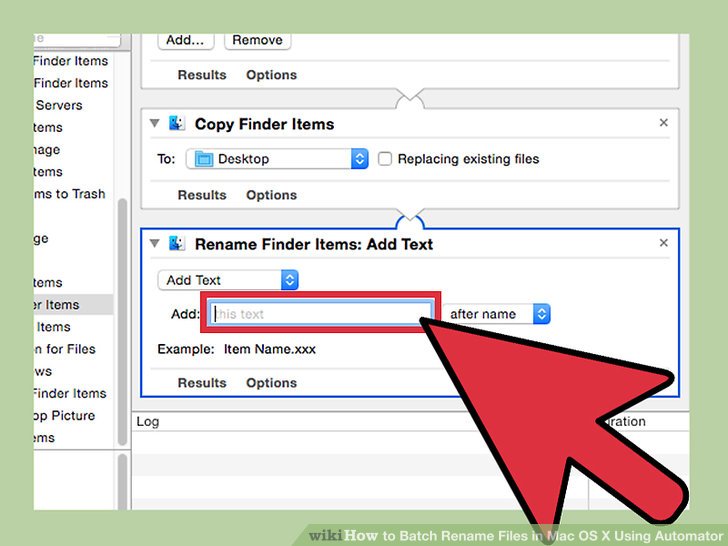 How to rename a file on Mac 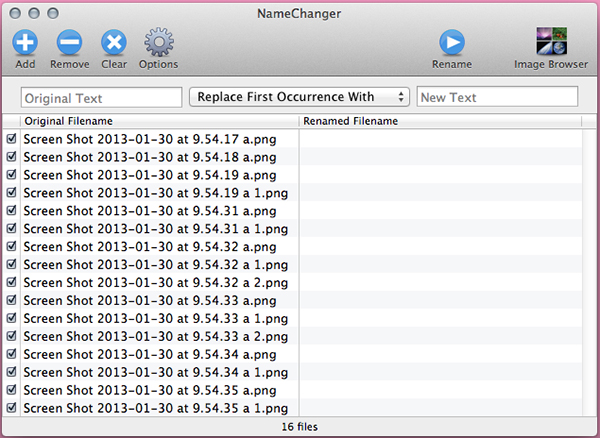 The above method is designed for renaming multiple files simultaneously. If you only need to rename one file, there are easier ways.

How to rename open documents on Mac

To rename a file that’s open in an application, go to the File menu and choose Save As… then type the new name for the file in the box and press Save. In some apps, that support macOS versioning, you can rename an open file by clicking on its name in the toolbar, typing the new name, and pressing Return.

How to rename a folder on Mac

The three options above can also be used to rename a folder. It’s important to remember that there are some folders you shouldn’t rename because there are processes and applications in macOS that expect them to have their original name and won’t work properly if they can’t find the folder with that name. These include your user folder and your Documents, Movies, Pictures, and Downloads folders.

How to keep your files organized on Mac

Renaming files is a great way of getting better organized and using your Mac more efficiently. Another way to make your Mac work better for you is to get rid of files that are taking up space but that you don’t need. CleanMyMac X is perfect for that. It identifies and removes system files that aren’t needed, junk Photos and iTunes files, Mail attachments, and old and large files.

The System Junk module removes language files you don’t use, caches you no longer need, as well as log files, universal binaries, and more. Photo Junk gets rid of cache files and will offer to remove storage-hungry RAW files for you. And the iTunes cleanup tool deletes broken downloads, outdated backups, and old software updates. You can download it free here. Give it a try and find out how much space you can free up on your Mac.

Photo Junk and iTunes Junk are only available on macOS 10.14 or earlier.

As you can see, on macOS Yosemite and later, it’s very easy to batch rename files in the Finder. In older versions of macOS, if you want to rename multiple files, you’ll have to use a third-party app that’s designed for the purpose or create your own Automator action.