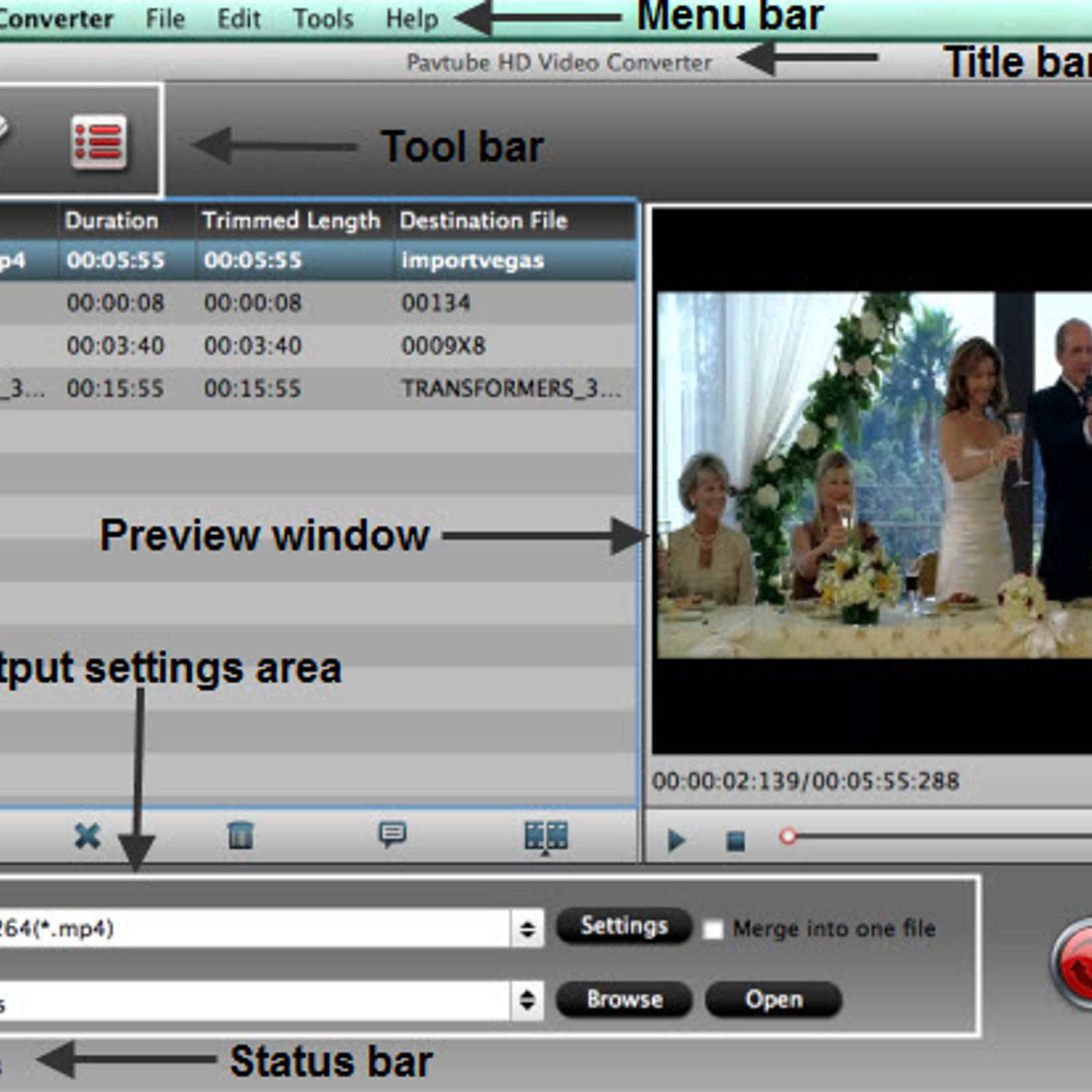 It's also a smart assistant to well sync your footage to portable devices for playing back on iPad/iPhone/iPod, Android Devices like Samsung Galaxy, Nexus 7, Kindle Fire HD; well support Apple TV and other HDTV videos outputting; and other devices like XBox 360, ps3, etc.

Pavtube Video Converter for Mac is pretty easy to use. Its devices and programs preset output profiles enables you to make video files conveniently to playback and edit on Mac devices or programs.

In another word, it's an all-in-one AVCHD/M2TS/MTS/M2T/MOD/TOD to MP4/MKV/MOV/WMV/M4V/MPG converter for Mac.

Q: I just purchased Pavtube (so I have the latest version). I am using it to convert my camera video files into a format that is compatible with Final Cut Pro for video editing. But none of the FCP formats seem to work. The conversion takes place but I only get an audio file and no video. Final Cut Pro (nor any other program) cannot open these files. Converting the video files to other formats i.e. Quicktime HD, works perfectly well, but none of the 'Final Cut Pro' presets do. Is there something I'm missing or is there a bug in the program?
A: To convert correctly with Final Cut Pro output formats it is required your computer must be installed with FCP, otherwise there will only be audio without video in the generated file.

Q: My videos were recorded by my HD camcorder, there are many stripes and noises on the picture after conversion, why should this happen?
A: Some footages are taken under interlacing mode, and this lead to stripes and lines on the screen. To eliminate the lines, you may follow ‘Edit’ menu-> ‘Effect’ tab and check ‘Deinterlacing’ box before conversion. As to the noise, when you apply the special effect mode “Simple Gauss Blur” from the drop-down list, the noise will be reduced greatly.

Q: What are the differences between the trial version and the retail version?
A: A trail version converts videos with watermark (the logo of Pavtube) on the screen and asks if you would like to purchase at each run while a retail version allows you to use freely without putting on watermark. As a customer of Pavtube, you will be reminded to update the software whenever a new version is released. The update is free of charge for lifetime. Besides, your emails will be attended at the first time, your advice and requirements will be much valued when we upgrade the software.

Q: How to combine multiple video clips into one file?
A: Select the items you want to combine together and check the box of ‘Merge into one file’ before converting the videos.

Q: I’d like to eliminate black bars (edges) from the movie, what should I do?
A: Click ‘Edit’ button to enter into the edit panel and switch to the Crop tab, then just drag the dashed frame on the video screen of the original preview window to cut off the unwanted parts to get the right aspect ratio you need.

Q: I am unable to download the program properly. What can I do?
A: Please check whether your computer has been infected. Then check your IE settings. Please click 'Internet option...' under 'Tools', and then select the 'General' Page, just click 'Delete file...', and it will be OK.