Chromecast app for pc is an excellent and more popular technological device that let us,

However, sometimes, we find some blissful media content on the PC and want to watch it on the big screen. Here the Chromecast plays a vital role in casting the media content PC to any screen. Besides, to get this excellent facility on PC, you need to take help from an app. In this article, we will enlist eight Chromecast app for pc. In our list, you will find some are free, and some charge a little amount.

Windows Apps Store has plenty of Chromecast supported apps, and those will be compatible with your windows phone and PC. Though the app store has a good collection, you may fall into a dilemma while choosing the good one. Therefore, for you, we pick eight Chromecast app for PC from there, and hopefully, you will like them.

Do you find an interesting video or documentary on your PC but the screen size can’t give you comfy? If so, the Chromecast app named PlayTo TV will be your perfect companion. Through this Chromecast app, you can stream media content from local, online, and media servers to the big screen device. Notably, apart from Chromecast, this app supports Roku, Fire TV, DLNA Smart TVs/Media Players/Blu-ray Players, Apple TV. Here you will have 15 different languages, so you have the option to operate in your language. Furthermore, with the help of this app, you can:-

This app will not occupy massive space; rather, its approximate size is 31.78 MB, and it is free to download.

Note: To operate this app on your PC, you should have a minimum requirement like Windows 10 version 16299.0 or higher.

What if you can share your favorite content from PC to any Google Cast™ device? Definitely, it seems fantastic, and this facility can be taken through AV Cast app. This free app from the Windows Apps store lets you cast all compatible video, images, etc. from PC to any Chromecast app and also all other Google cast devices. Notably, this casting facility can get throughout your home. Here you will find only two languages to operate, like English and Deutsch. However, the approximate size of this free app is 30.3 MB.

Note: The minimum requirement that you need to make sure before operating this app is:

So, on where you want to cast your stored PC video? If it is on TV without a wire, it sounds great. Therefore, you don’t need to be concerned about the video conversion, carrying HDMI and USB cables and also video format. You will find such a facility (those we mentioned) in the free RealPlayer Cloud app. Next, take a look at below on what you will find in this app.

This is another app that was built for Chromecast users, but it is not free to use just like the previous two. Here, the user needs to spend $4.99 to buy this app from the Windows Apps Stores. After purchasing, this app lets you play local videos directly from the PC to the Chromecast or Android TV. After purchasing this 27.96 MB app, you can:

Hopefully, $1.49 is not a significant matter to spend, if you get a blissful service after spending. Here the service is what you are looking for like PC content casting to other devices. Now on, we are going to present you a Video Caster app that charges little to provide casting videos service. With the help of this app, you can cast your PC video to any Chromecast or Google Cast device. Moreover, the app size is 19.05 MB, so you don’t need to reserve a vast space. But, prior to operating, you need to ensure the requirement like Windows 10 version 10586.0 or higher.

Now we bring another app that offers both the media player and casting facility from PC to Chromecast devices. With this app, you can cast videos, sounds or pictures from PC to TV, XBOX One, Chromecast, etc. However, this app is not free; instead, it charges $4.99 to buy. But interestingly, here you will find a free trial option before purchasing. Let’s see what features you will get after spending $4.99.

By spending $2.29, you can get the casting facility through the Screen Mirror 2 ChromeCast app. After getting this app, you can share your PC screen with any of your Chromecast supported devices. Notably, the mechanism of this app is super easy to use- all you need just one click. However, to operate this 25.74 MB app requires the device having Windows 10 version 17763.0 or higher, Xbox One.

The Process of Chromecast Setup to Using Windows PC

To set up the Chromecast using PC, you need some prerequisites, like:

How do I install chromecast on my PC?

Chromecast is an amazing technological device that lets us cast media content from PC to Chromecast compatible devices. But, prior to getting such a facility, the user needs to install Chromecast on his PC. 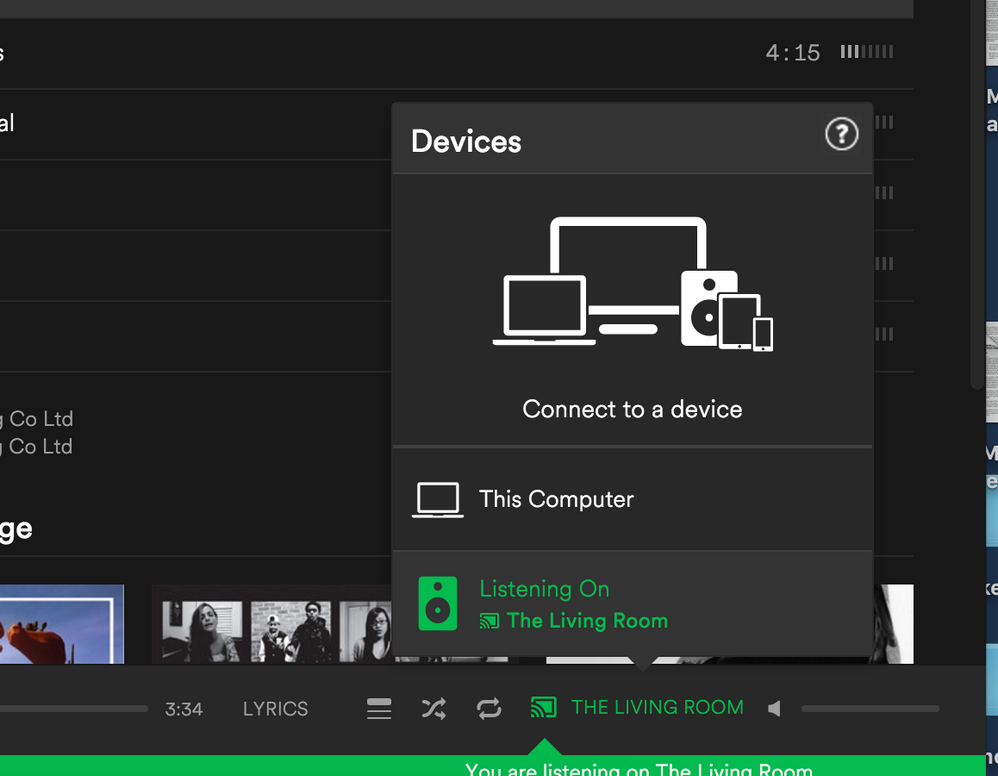 Is there a chromecast app for PC?

Windows Apps Store has plenty of Chromecast supported apps, and those will be compatible for your windows phone and PC. Though the app store has a good collection, you may fall into a dilemma while choosing the good one. That’s why we pick eight apps for you and here some are free, and some are paid. In the following, we enlist those selected apps:

How do I connect my chromecast?

To connect your Chromecast device, you need to follow the following steps.

Apps For Chromecast App For Windows

How do I install chromecast on Windows 10?

Is there a Chromecast app for Windows 10?

Windows Apps Store has plenty of Chromecast supported apps, and those will be compatible for your windows phone and PC. Though the app store has a good collection, you may fall into a dilemma while choosing the good one. That’s why we pick eight apps for you, and here some are free, and some are paid. In the following, we enlist those selected apps:

In this post we’ll be taking you through how to get Chromecast for Mac. Streaming devices and smart TVs have become the “in” thing. They are only moving up nowadays. While cable TV prices aren’t that favorable and with streaming services giving you more bang for your buck, it’s hard to not make the switch. In 2018 alone more than 30 million households made the switch to streaming services.

Well, that was in 2018, you can well imagine what the scenario is today. When it comes to streaming services, Google Chromecast ranges top of the line. Besides connecting you with Hulu, Netflix and YouTube you can also make video calls, cast your photos onto it as well as play slideshows on it as well.

So it’s no surprise then that Chromecast has become a go to option for many wanting to get streaming services from their Mac. While Apple TV may be a better option as it’s easier to use, setting up Chromecast for Mac aren’t that hard either. So without further ado let’s begin…

Getting Chromecast for Mac:

The initial set up shouldn’t take you more than 10 minutes tops, if all goes well that is. Once that is done you’re all set to play around with it.

But a little preemptive measures first- You should already have your Chromecast connected to your TV via the HDMI cable. This you can connect using the USB port or the power cube included in the box. After all this take a look at the following:

Finally your Chromecast device is ready to be used by all devices around and connected to the same WiFi network. That means you can now connect it to your Mac, iPad, iPhone and everything else that you have lying around, provided that is it is a smart device.

This so much easier than connecting it using a computer which involves a lengthy process of downloading an extension and using codes to pair the device. This is no longer used by the way.

Using Chromecast for Mac in an Optimal Manner:

The next step is actually getting your Chromecast onto your TV via the Mac. To get what’s playing on your Mac’s screen onto your TV the simplest way is to mirror the two screens. In the past this would be a cumbersome process of installing an extension and then mirroring both screens, but all that’s in the past now. If you have an updated version of Chromecast then you need not worry about downloading an extension.

While in Chrome, select the view the cast option. The other option is to select the three dots at the right of the toolbar to access cast. From there you’ll get three drop down options:

If you happen to be watching a video on YouTube then you must’ve noticed a box like symbol with a sideways WiFi symbol next to it. This symbol allows you to cast what you see onto a TV. This is another option in which you can cast media from your Mac onto a much larger screen. Now you know how to cast what’s on your screen onto your TV.

At this point the media, video call or photo you’re currently watching will appear on your TV screen. If all goes to plan you may be able to do this in a jiffy and without much trouble. But there may be occasions when things don’t go just as smoothly in that case we have a fix for that as well. 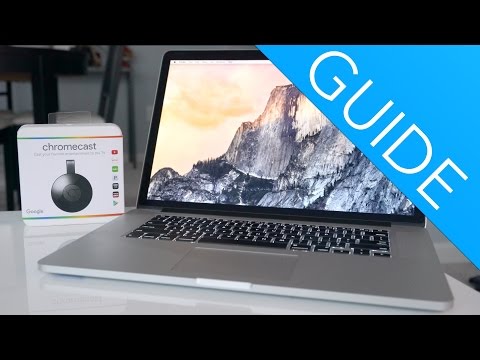 When it comes to using Chromecast for Mac things aren’t that smooth sailing sometimes. There are times when your screen might flicker or stutter or the video you’re watching may play in low quality. Here we’ll be showing you how to get the best out what you’re watching within a few extra steps.

The main problems faced when using Chromecast for Mac is bad video, audio and stuttering issues, like we mentioned earlier. This could be because of one or more reasons given below:

How to Utilize Apps to Enhance the Video Quality

When using Chromecast for Mac, things may not be smooth sailing for the simple reason that Chromecast takes a lot from the Mac. This is especially so in older and more cluttered models. A tip for getting over this problem is to use an app such as CleanMyMac X. what this app does is to scan your computer for malware, clutter on the hardware and unnecessary apps.

Now coming to a WiFi issue- if you happen to have a newer less clutterd model and are still facing issues with the quality of your video, it could be because of your WiFi connection. If this is your problem then WiFiExplorer is the answer. This app is a one stop solution to monitoring, and checking that all is fine with your WiFi. Simply open the app to know if your WiFi is the problem.

By looking at the real time scan of networks in the area, you can know if your channel is overcrowded or has poor signal strength. Sometimes it’s not really the Wifi that’s the problem but the channel that you’re using. If you happen to face this issue then you could try connecting your Mac to your router via a cable or moving the router from its current location.

These are a few ways in which you can get Chromecast for Mac.